Corrosion: what is and how to prevent it 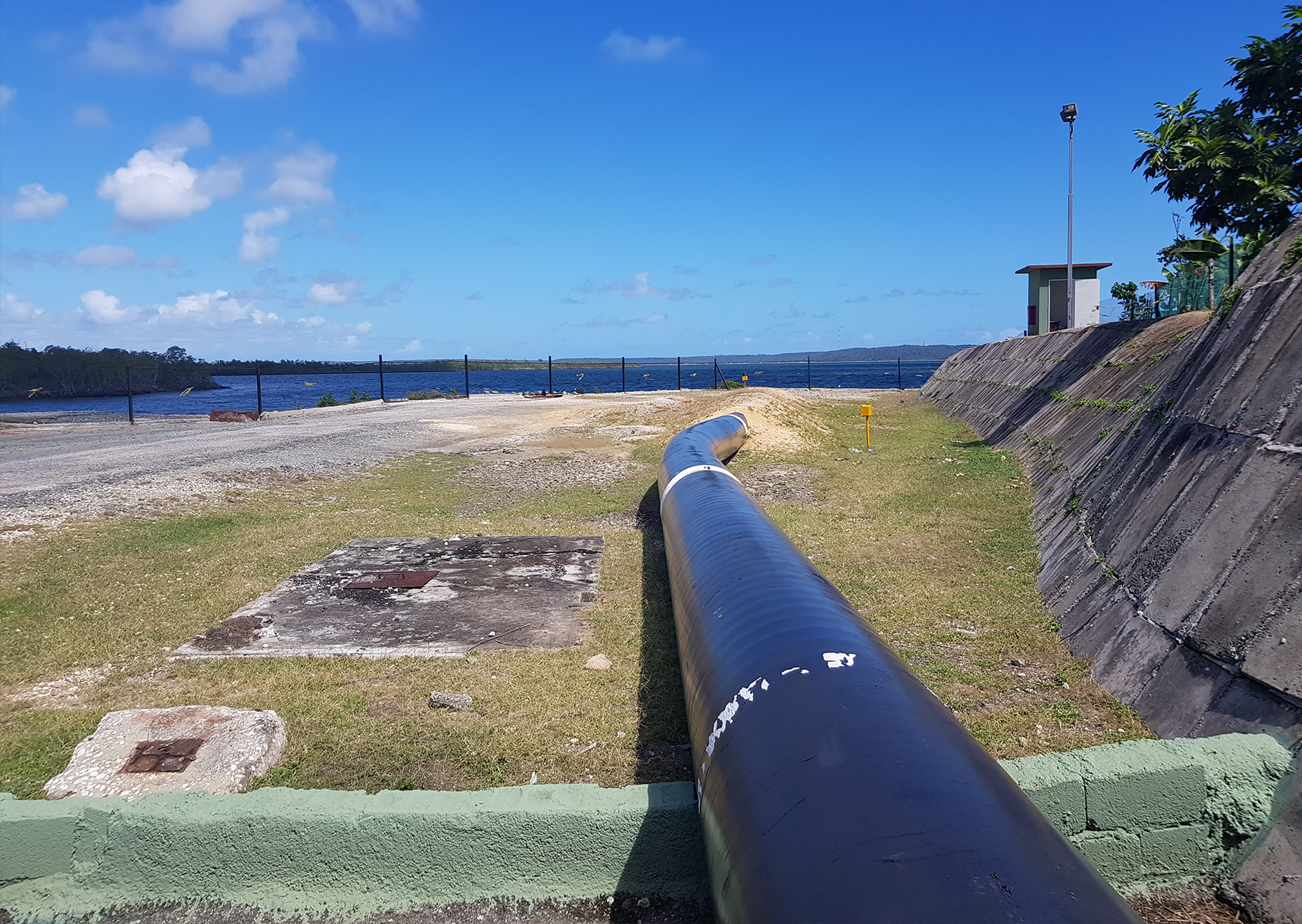 All metal structures immersed in an electrolyte, whether soil, fresh water, sea water or concrete, are naturally subject to degradation through the phenomenon we all know as corrosion, that is the electrochemical process which leads to the deterioration of metal elements. This means that all transport systems using buried or submerged pipelines, such as gas, water and oil transport networks, are subject to corrosion, which leads to enormous maintenance costs due to pipeline leaks, downtime and replacement of components, in addition to problems related to the safety of people and the environment.

How to prevent corrosion

For corrosion to occur, four elements must be present:

To stop or slow down the deterioration process, it will therefore be necessary to eliminate at least one of the four components mentioned above.

Cathodic protection for the prevention of damages due to corrosion

There are various methods for preventing metal corrosion. In this article, we will deal specifically with cathodic protection, an electrochemical technique used to slow down the corrosion of metal structures in contact with a conductive environment, that is, an environment containing enough ions to conduct electricity (such as soil or water, and particularly sea water). 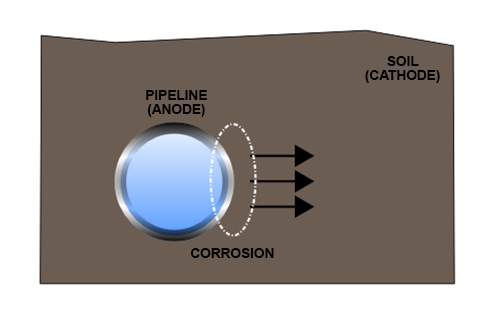 A metallic material placed in a conductive environment is the focus of a process known as battery effect, which means that a current can flow from the tube into the environment, causing the dissolution of the metal.
A metal will corrode at the point where the current separates from the anode.

To develop corrosion, the elements described above give rise to the following effects:

With regard to buried metal pipelines, the galvanic corrosion process can be generated as a result of various factors; the main ones are:

The current flow is caused by a potential difference between the anode and the cathode. The cathode protection level is the potential value below which the steel cannot corrode. 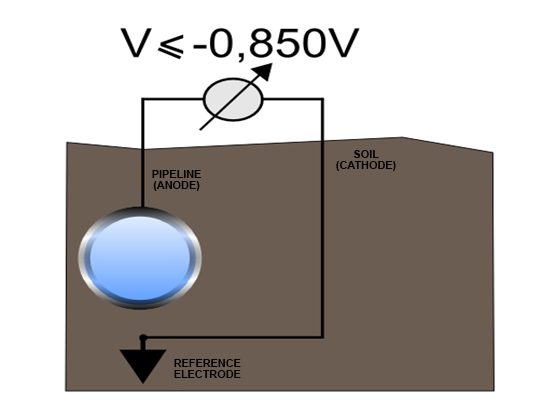 For buried carbon steel, the level of protection is measured against a Cu/CuSO4 reference electrode in direct contact with the ground and is conventionally set at -850 mV CSE under resistivity conditions of less than 100 Ohm*m.

Any current in the sense of flow separating from the pipeline causes corrosion. The basic idea is to supply electrons to the metal structure (underground pipeline or other) to prevent the dissolution of the metal.

In galvanic anode systems, the (underground) metal structure to be protected is connected to a less noble metal, such as zinc or magnesium. 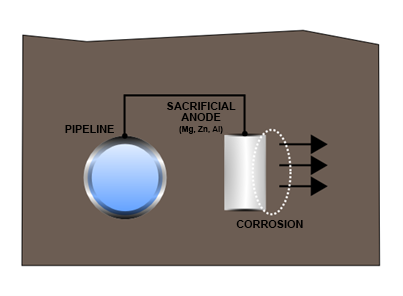 Anodes are sized according to the resistivity of the environment (ground). Anodes are made of materials such as magnesium (Mg), zinc (Zn) or alluminium (Al) and they are usually installed in the immediate proximity of the area to be protected and are connected to it with an insulated conductor.

Alternatively to the sacrificial anode system, a metal structure can also be protected by means of a system using an external power supply. 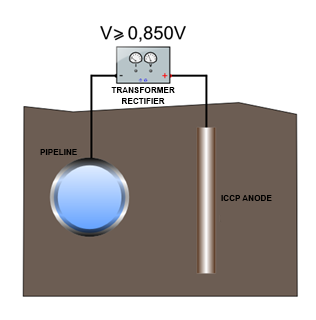 The anodes are connected to a DC current source, such as a transformer rectifier or a converter. The principle is the same as above, except that the anodes are made of corrosion-resistant materials, such as graphite, silicon iron, lead-silver alloys or platinum.

The current to be applied to the system to ensure corrosion protection depends on the surface to be protected, the type of coating used, the type of soil and other factors, ranging from a few µA up to several A.